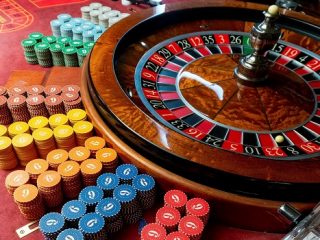 Ah World Cup draws, those ersatz episodes when FIFA tries to do showbiz.

It was not always thus. The blazers and ties of bigwigs and bureaucrats sufficed for years.

Remember the Spain ’82 draw when the little matadors and flamencistas took the wrong balls from the wrong urns – some groups were bigger than others. That was my favourite.

The USA ’94 draw in that soccer hotbed of Las Vegas set the tone for future extravagnzas, with Robin Williams at work and James Brown and Barry Manilow amongst the crooners.

The use of celebs is surely redundant as the World Cup is watched by all and sundry anyway and the only people taking time off work to follow the draw are already aficionados.

“Heidi Klum has sent us to hell” cried Serbian daily Blic in 2005 as the German supermodel’s choice of ball had dumped them in a ‘group of death’ with Argentina, the Ivory Coast and the Netherlands.

Are certain balls ever heated or chilled to ensure shenanigans? I doubt it, though to my untrained eye the hosts always seem to land cushy Judi Bola Online24Jam Terpercaya groups.

This year the seeding seems utterly barking: in case anyone had forgotten, FIFA is crazy, irrational, unfair and unfit to run football. I would like England to play the USA and Colombia for emotional reasons, but I would take anyone as long as Joe Hart does not do a ‘Rob Green of Rustenburg’.

With the Europeans’ dismal record in the Americas, five entrants including the host and two other seeds, CONMEBOL looks to have it in the bag anyway.  Chile dazzled when beating England 2-0 at Wembley last month, while Colombia, boasting star striker Radamel Falcao make a welcome return for the first time since 1998 having finished second in the …